Judges 13:1-25. And the people of Israel again did what was evil in the sight of the Lord, so the Lord gave them into the hand of the Philistines for forty years.

2 There was a certain man of Zorah, of the tribe of the Danites, whose name was Manoah. And his wife was barren and had no children. 3 And the angel of the Lord appeared to the woman and said to her, “Behold, you are barren and have not borne children, but you shall conceive and bear a son. … 6 Then the woman came and told her husband, “A man of God came to me, and his appearance was like the appearance of the angel of God, very awesome. I did not ask him where he was from, and he did not tell me his name, 7 but he said to me, ‘Behold, you shall conceive and bear a son. So then drink no wine or strong drink, and eat nothing unclean, for the child shall be a Nazirite to God from the womb to the day of his death.’”

11 And Manoah arose and went after his wife and came to the man and said to him, “Are you the man who spoke to this woman?” And he said, “I am.” 12 And Manoah said, “Now when your words come true, what is to be the child’s manner of life, and what is his mission?” 13 And the angel of the Lord said to Manoah, “Of all that I said to the woman let her be careful. 14 She may not eat of anything that comes from the vine, neither let her drink wine or strong drink, or eat any unclean thing. All that I commanded her let her observe.”

24 And the woman bore a son and called his name Samson. And the young man grew, and the Lord blessed him. 25 And the Spirit of the Lord began to stir him in Mahaneh-dan, between Zorah and Eshtaol.

Advents always begin in the dark. And that’s exactly where the story of Samson begins. Before the recounting of this incredible angelic advent, the author of Judges tells us that Israel is both a morally dark place – the people of Israel again did what was evil in the sight of the Lord, and a situationally dark place – so the Lord gave them into the hand of the Philistines for forty years.

Mr. and Mrs. Manoah live in this cultural darkness while facing their own personal darkness. The darkness of barrenness. If children are the heavenly blessing, then to be barren must be the heavenly curse. Not to mention they literally live on the border of Philistia. Every day they wake up in both danger and despair.

That is until the day the light of God graciously broke through their darkness. Into these two desperate lives the light will come. The Angel of the Lord (Christ himself) brings them the good news of the birth of a son. A son who will begin to save his people from the hand of the Philistines.

And she called his name Samson. “Sunshine.” 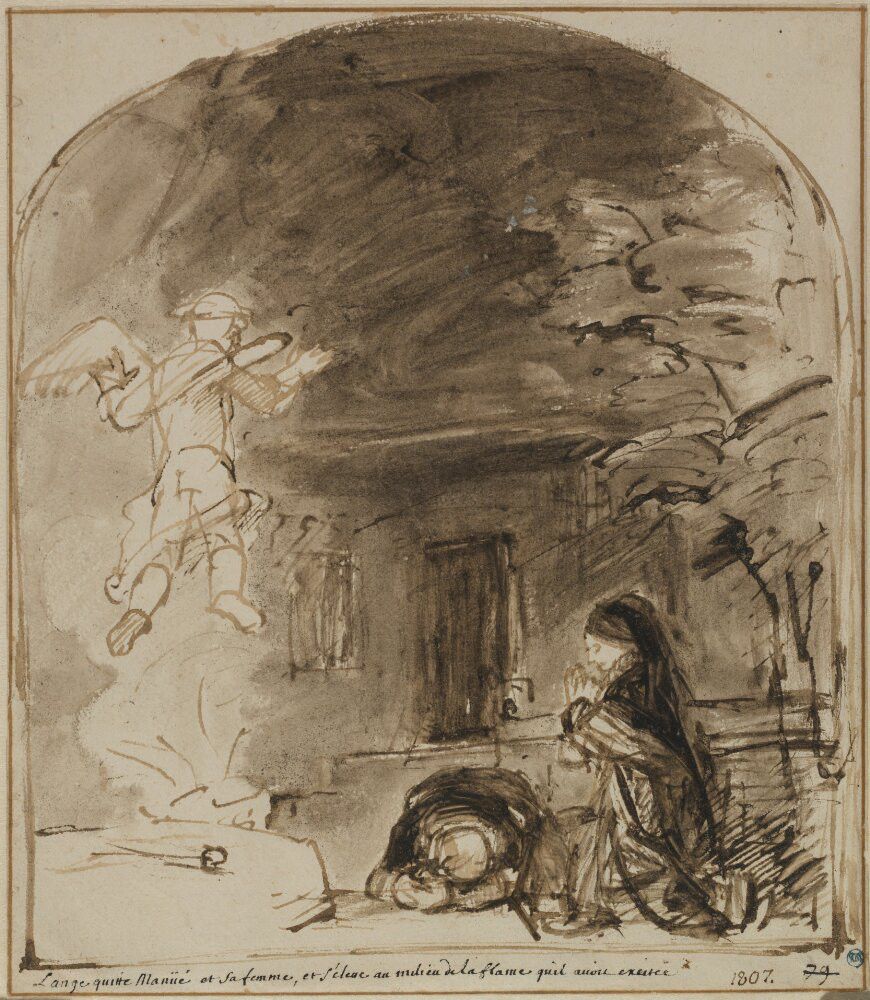 The parallels between this angelic announcement of the birth of Samson and the announcements of Christ’s birth are obvious. A dark time. The need for salvation from an enemy. A miraculous birth. An angelic appearance to a woman and then to her husband.

If you remember the Samson story at all you may remember that he was sort of a mixed bag of good and evil (but who isn’t?). Impulsive, angry, driven by his libido, and even rebellious at times, this savior of Israel could never be the Messiah who saves his people from their sins. From the Philistines? Maybe. But from sin? No way.

Although he didn’t realize it until the end, Samson was born for something much bigger than himself. He was born to be a light in the darkness. A light that shines through self-sacrifice.

And so were you. In Christ we have been re-born into something much bigger than ourselves. We are Christ’s sunshine. His Samsons. We are his “light of the world.” Called “out of darkness and into his marvelous light” to live as “children of the day.”

Advents always begin in darkness but God never lets them stay there. He always shines a light. Samson. Jesus. You. Me. We are the light of God in this world of darkness shining the light of self-sacrifice through the life and light of Christ in us.

The question is will we live, as Samson did so often, only for ourselves? Or will we die, as Samson (and Jesus) ultimately did, for the salvation of others?

Do you see your life in Christ as part of something much bigger than yourself? How can God use you to shine the light of his self-sacrifice into the dark world around you?