Revelation 12:1-12. And a great sign appeared in heaven: a woman clothed with the sun, with the moon under her feet, and on her head a crown of twelve stars. 2 She was pregnant and was crying out in birth pains and the agony of giving birth. 3 And another sign appeared in heaven: behold, a great red dragon, with seven heads and ten horns, and on his heads seven diadems. 4 His tail swept down a third of the stars of heaven and cast them to the earth. And the dragon stood before the woman who was about to give birth, so that when she bore her child he might devour it. 5 She gave birth to a male child, one who is to rule all the nations with a rod of iron, but her child was caught up to God and to his throne, 6 and the woman fled into the wilderness, where she has a place prepared by God, in which she is to be nourished for 1,260 days.

7 Now war arose in heaven, Michael and his angels fighting against the dragon. And the dragon and his angels fought back, 8 but he was defeated, and there was no longer any place for them in heaven. 9 And the great dragon was thrown down, that ancient serpent, who is called the devil and Satan, the deceiver of the whole world—he was thrown down to the earth, and his angels were thrown down with him. 10 And I heard a loud voice in heaven, saying, “Now the salvation and the power and the kingdom of our God and the authority of his Christ have come, for the accuser of our brothers has been thrown down, who accuses them day and night before our God. 11 And they have conquered him by the blood of the Lamb and by the word of their testimony, for they loved not their lives even unto death. 12 Therefore, rejoice, O heavens and you who dwell in them! But woe to you, O earth and sea, for the devil has come down to you in great wrath, because he knows that his time is short!”

Not all angels rejoiced at the advent of Christ.

Revelation describes a vision of a great red dragon waiting to devour the child of the woman. And before that it describes a great cosmic war in heaven between the angels. Michael v the Dragon. Satan. The Angel of Light. Cast out of heaven and down to earth with all of his wrath. With a third of the stars of heaven. Fallen angels serving their prince of darkness.

And so advent has become a raging war. An angelic conflict. But more importantly a divine-human conflict. A great battle between heaven and earth. A besiegement of the hearts of humanity. 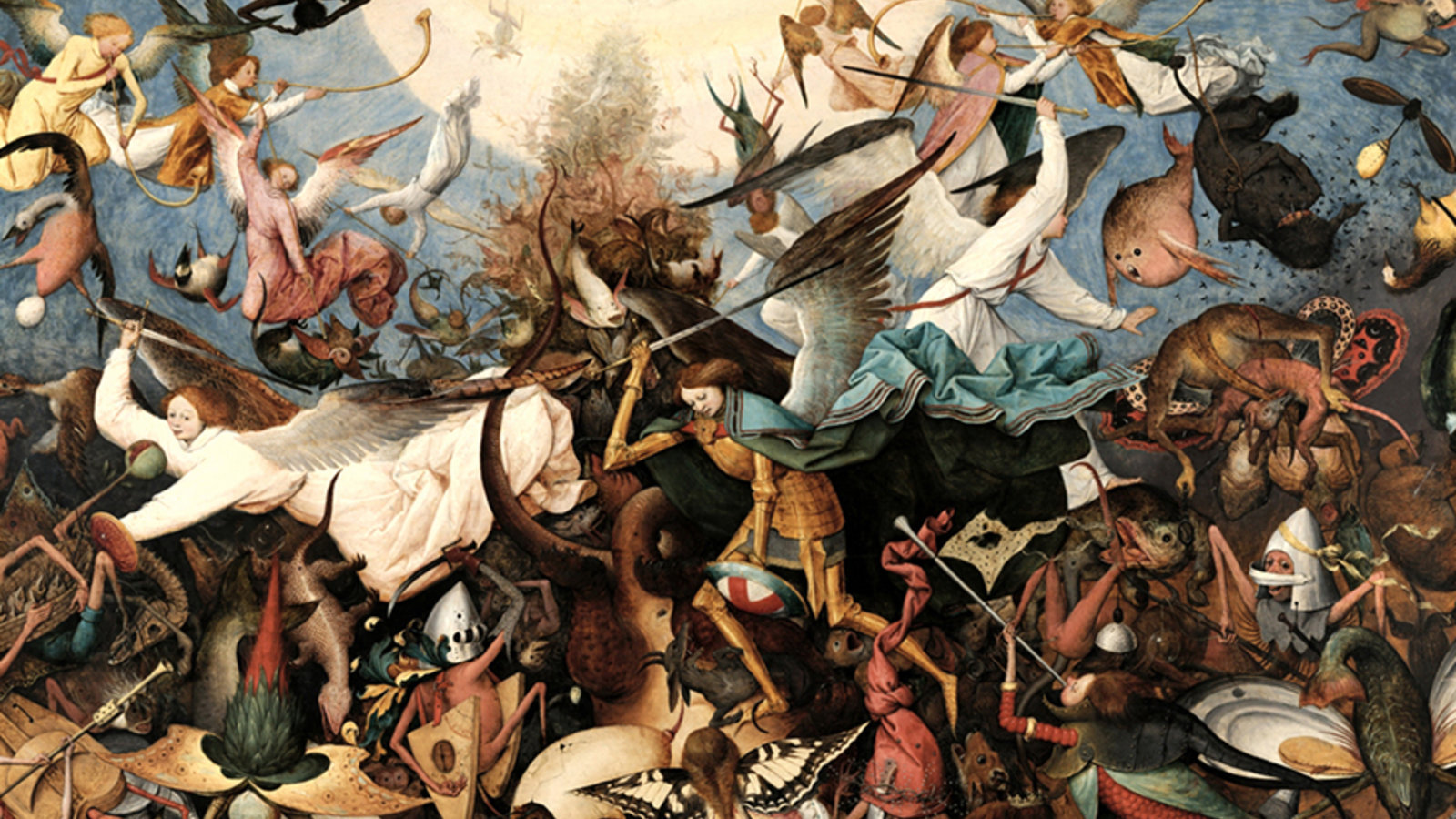 What will stand in the way of the Accuser of the brethren? A baby.

When Jesus came as a baby he came as the most vulnerable thing in the universe. By taking on flesh he took on danger. He took on risk. The Dragon could easily devour him. He could have been killed.

And, of course, he was killed.

But only when the timing was right. In life Jesus was constantly protected by God and his angels. Nothing could stop his life, not even the Dragon.

And nothing could stop his death. The death the Dragon thought he orchestrated was actually planned by God himself, and accepted by the God-man Jesus for the salvation of you and me. In life Jesus was guarded by the angels of God. But in his death he refused. He could have called ten thousand angels. But he didn’t. Why? Because his death would lead to his life eternal. The resurrection and glorification of the Christ – but her child was caught up to God and to his throne.
The first advent of Christ will become a second advent bringing the Kingdom of God to all who are in Christ – Now the salvation and the power and the kingdom of our God and the authority of his Christ have come, for the accuser of our brothers has been thrown down.

For now, the cosmic war still rages. The Dragon is still loose. Wounded? Yes. Desperate? Yes. Devouring? Yes. He prowls around seeking to destroy us, and in so doing to destroy God’s plan.

But his is a lost cause for we are in Christ. We have been given Jesus’ resurrected and indestructible life. We have conquered Satan by the blood of the Lamb and by the word of our testimony. We can rejoice in this great battle for our dwelling is no longer the earth and sea but ours are the heavenly places, for we are seated with Christ at the right hand of God. Therefore, rejoice, O heavens and you who dwell in them! That’s us!

Do you see this Christmas season as part of the bigger war for your heart? What is the Accuser saying about you today? How does the blood of Christ and the word of your testimony respond? How does it encourage you to know that the Dragon is defeated and we can look forward to the advent of Christ?