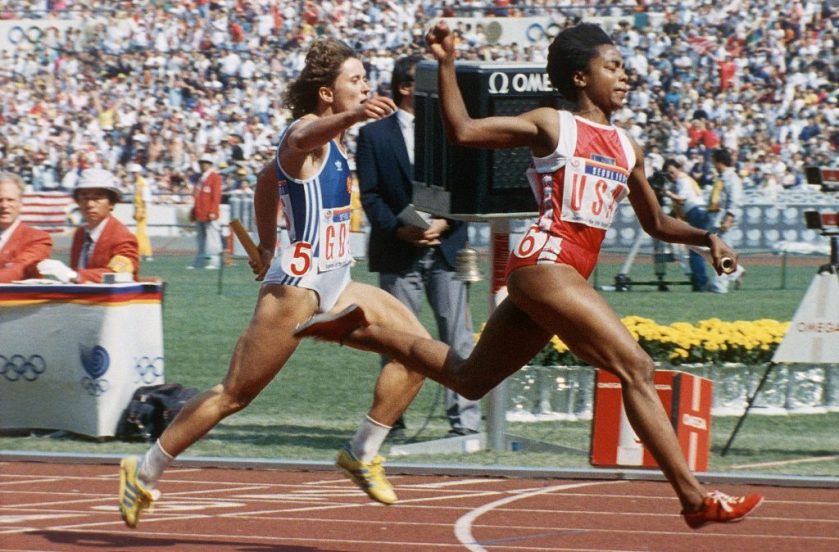 Philippians 3:12-14. 12 Not that I have already obtained this or am already perfect, but I press on to make it my own, because Christ Jesus has made me his own.13 Brothers, I do not consider that I have made it my own. But one thing I do: forgetting what lies behind and straining forward to what lies ahead, 14 I press on toward the goal for the prize of the upward call of God in Christ Jesus.

Have you given up? Have you quit in your Christian growth? Have your past sins, failures, and hurts knocked you out of the race? Is where you are right now as good as it gets for you?

Or maybe you feel like you’re as spiritually mature as you’re ever going to be. You’ve made it. You’re a “good Christian.” There’s no more that you need to know or experience in Christ that you haven’t already.

Just think how easy it would be for Paul to fall into either one of these two extreme mindsets. Quitting over the guilt of past mistakes as a persecutor of Christ’s church, or coasting in the spiritual maturity he had gained as an apostle, missionary, and pastor who literally saw the resurrected Lord and went to the “third heaven.”

But Paul didn’t let what lies behind or what he had already obtained get in the way of his pressing on. His striving for the prize of the upward call in Christ Jesus. He is in a race. And he is running. Hard. Every day. Until the end.

I don’t know a lot about running races. But I do know that when a runner looks over their shoulder in a race they risk losing. If they were to turn around and look at what is behind them they will probably lose that race. And I can imagine that a marathon runner probably doesn’t analyze the parts of the course they’ve already completed, or the missteps they’ve had along the way. I would imagine that they are pretty focused on the finish line. And usually runners don’t get half way through a course and stop and say, “Well, that was good enough for today.” And then lay down in the grass somewhere.

In fact, what I’ve seen is the opposite. Runners who put their head down and run faster toward the end of the race. Runners who have fallen but then get back up and even limp their way to the finish live. Runners who set a goal and nothing will stop them.

Are you in the race? Are you pressing on? Can you see the Prize? Are you passionately pursuing Jesus? Are you pressing on toward and pressing in to his mercy? His forgiveness? His compassion? His gentleness? His kindness? Is his love so overwhelming in your heart that your past failures, mistakes, and stumbles get washed away by the glory of feeling his embrace through them all?

Or have inferiority or superiority kept you from pursuing a greater knowledge of Jesus and his love? A greater experience of his resurrection power? A greater sharing of his suffering. A greater conformity to his cross?

Christian this race analogy is not works righteousness. It’s not performancism. It’s quite the opposite actually. For Paul, and for us, all our pressing on, all our efforts, all our striving is FROM GRACE. Not to achieve merit, but the natural response of someone who already has been merited the favor of God. We can strive to make Christ, and his love, and goodness our own because Jesus Christ has already made us his own. What blessed assurance. What fathomless grace. Grace that lets us forget the sinful past that lies behind. Grace that never counts our sins against us. Grace that actually turns all our failures in God’s successes. And grace that lets us see that none of us have obtained perfection. Grace that reminds us that we have a long, long way to go. We are not even a fraction of what would might be if fully dedicated to Christ. What we will be one day when we see him face to face. Our joy. Our prize.

Christian, the only thing slowing you down in this race is you. Your own refusal to not let your past condemn you. Your own pride induced spiritual laziness that prevents you from pursuing Christ for fear of what he might reveal in you to you. Your own constant comparing of yourself to others, looking at the other runners, instead of looking at the Prize.

“To live is Christ” is not earning, but it is effort. The grace driven effort of resting in God’s goodness and faithfulness. The striving of faith in his unconditional love. It is a joy filled effort of running together, side by side, with the one who has already run in our place and won us the victory. It is a race that never ends, but who would ever want it to? Not me.

In the race to know Christ, have you quit? Are you coasting?

Christ has made you his own. How does this encourage you to keep pressing on?

In what way could Christ’s love in you cause you to strive to love an enemy today?