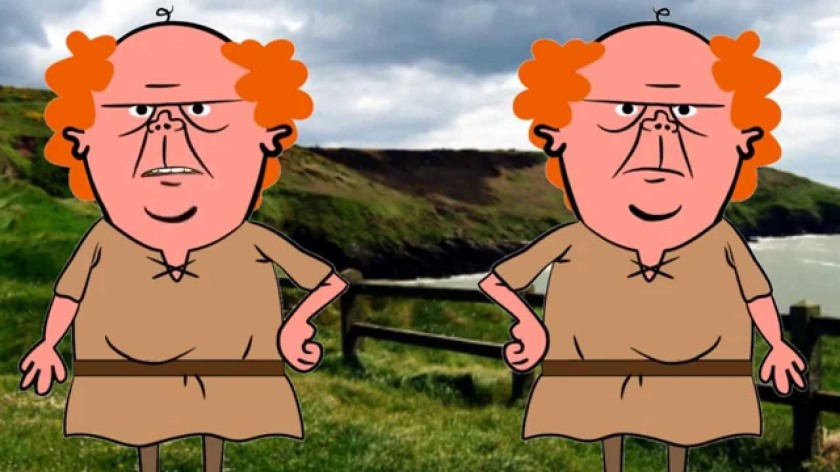 John 1:1-3. the Word was with God, and the Word was God. 2 He was in the beginning with God. 3 All things were made through him, and without him was not any thing made that was made.

There may be no bigger head scratcher in all of Christianity than the Trinity. If you’ve ever tried to explain the Trinity to someone then you know what I mean. The illustrations all fall short. It’s likely that somewhere along your Christian journey you’ve probably spoken a heresy about the Trinity (it’s OK, we all have). And we can only imagine how difficult the concept was for John’s Jewish readers. The whole basis of their faith was Deuteronomy’s shema prayer which declares “Hear O Israel the Lord is ONE.”

But now John will reveal clearly to us the mystery of the Trinity. Everything in his gospel will unpack this truth. Everything Jesus says and does in this book will declare that the Word was with God and the Word was God at the same time.

The Word was with God – Jesus is separate from God the Father. He is his own person. But Jesus was never and is never independent from God. Jesus was with God. The word with is a special word meaning toward or in the presence of. It denotes a deeply personal relationship. John 1:18 will describe Jesus as being at the Father’s side or, in the King James Version, in the Father’s bosom. There is no doubt that the Word and God love each other deeply from an eternal Father-Son relationship.

The Word was God – At the same time as being distinct from God, the Son, IS God. John’s construction of the sentence is clear. The Word was God. Not a God, as if Jesus is a semi-deity, or junior god. And not the God, as if Jesus is not different from the Father. John presents the Word to us as unique from the Father and yet completely the same in essence and nature. The Word and God are both in the beginning. Both are eternal, uncreated, infinite beings.

OK, that was a nice theology lesson, but so what? Does the doctrine of the Trinity actually matter? Does it change my life? Yes. Immensely. Here’s how:

Without the Trinity there would be no love.

God can love and BE love (1 John 4:8) because he is a Trinity. A simple monad (single unit) alone in eternity would never be able to love sacrificially. God’s “love” would only be a self-centered expression of ego. Love must be for another. Love must be giving and receiving. True love requires a Trinity. God is three persons in one loving essence, the Father, Son, and Spirit loving, glorifying, and serving each other infinitely and perfectly forever and ever.

And that means that you are loved.

Without the Trinity there would be no union with Christ.

If there is no Trinity, then there is no “to live is Christ.” First, there could not have been an atonement made by God to God. Who could ever be the perfect sacrifice demanded by God if not the Word? The eternal Son?

“To live is Christ” is “to live is the Trinity.” It is only by the overflowing love of the Trinity for each other that we are loved, saved, and joined by faith into the very life of God. Praise him!

Has the doctrine of the Trinity changed your life? How?

To be in Christ is to be in the Father. Does this change how you see God?

Christ in you is the Spirit in you? Does this change how you see the Spirit?

Playlist: Songs of the Trinity