6 And between the throne and the four living creatures and among the elders I saw a Lamb standing, as though it had been slain, with seven horns and with seven eyes, which are the seven spirits of God sent out into all the earth. 7 And he went and took the scroll from the right hand of him who was seated on the throne. 8 And when he had taken the scroll, the four living creatures and the twenty-four elders fell down before the Lamb, each holding a harp, and golden bowls full of incense, which are the prayers of the saints. 9 And they sang a new song, saying,

“Worthy are you to take the scroll
and to open its seals,
for you were slain, and by your blood you ransomed people for God
from every tribe and language and people and nation,
10 and you have made them a kingdom and priests to our God,
and they shall reign on the earth.”

11 Then I looked, and I heard around the throne and the living creatures and the elders the voice of many angels, numbering myriads of myriads and thousands of thousands, 12 saying with a loud voice,

“Worthy is the Lamb who was slain,
to receive power and wealth and wisdom and might
and honor and glory and blessing!”

13 And I heard every creature in heaven and on earth and under the earth and in the sea, and all that is in them, saying,

“To him who sits on the throne and to the Lamb
be blessing and honor and glory and might forever and ever!”

14 And the four living creatures said, “Amen!” and the elders fell down and worshiped.

There may be no more glorious scene in all of scripture. Thousands of angels singing. Hovering cherubim holding the burning prayers of the saints. Worshiping elders. God himself on the throne. A mysterious scroll. And, of course, the Lamb. The Lion of Judah and Root of Jesse who alone can open the scroll.

It is a description of the indescribable. The throne room of Heaven. And we are offered a glimpse. A glimpse that raises many questions. But a glimpse that also answers all of our biggest questions. The questions of advent. If advent is about waiting, then what are we waiting for? What is it that we are looking forward to? What is our destiny?

All of our biggest questions are answered by the question of the mighty angel of heaven. The question that answers everything. “Who is worthy to open the scroll and break its seals?” A question most of us have never really asked. But an answer that we all need. Who will judge the earth? Who will destroy our sin? Who will make all things right? Who will return humanity to a state of worship?

John wept loudly because he did not have an answer to this question.

But then the answer came. The Lamb. 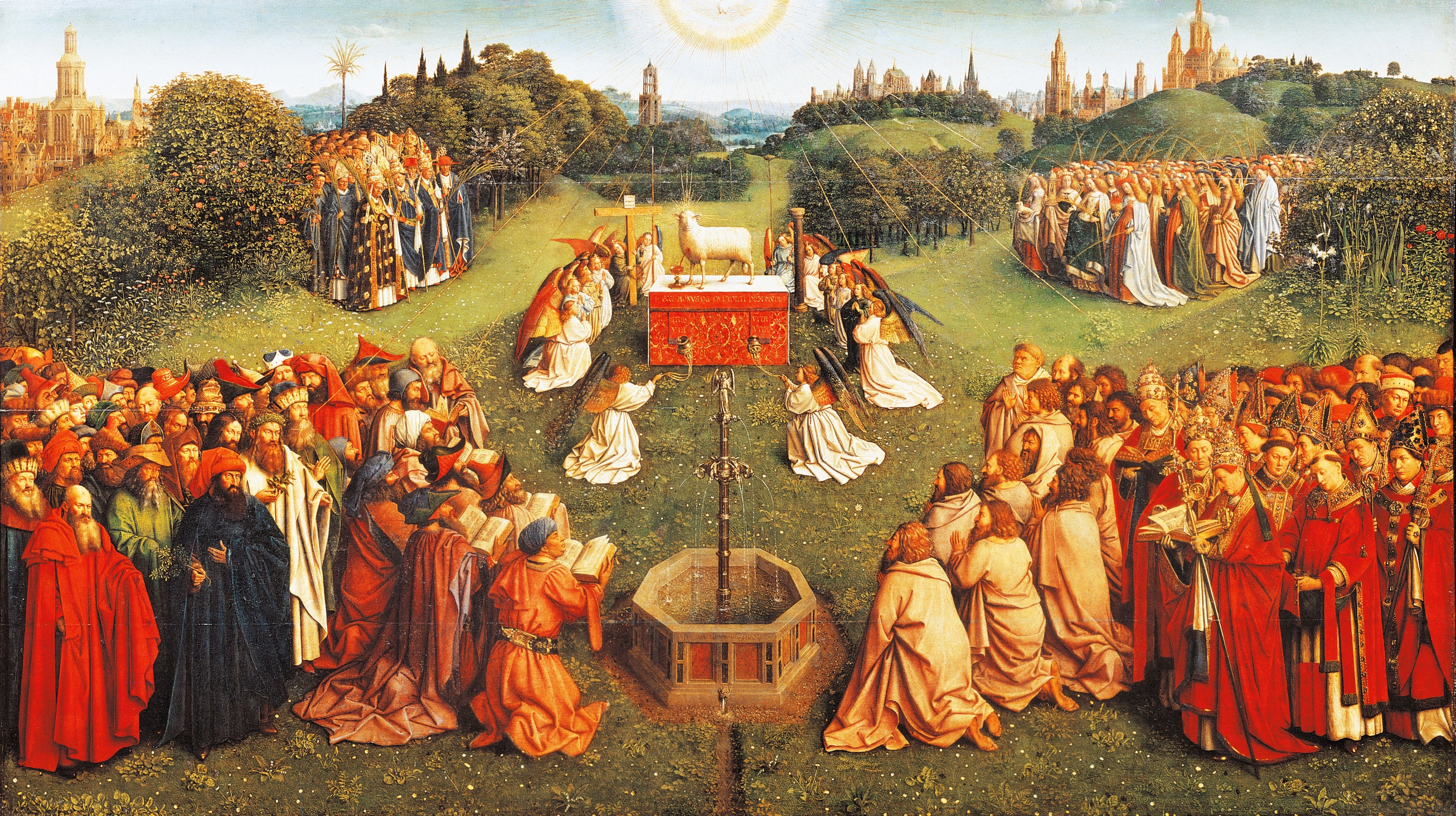 Revelation 6 tells us that the opening of the scroll will unleash the “wrath of the Lamb.”  Those who reject the Lamb are destroyed. Those who receive the Lamb will gather around the throne of God and worship him. Eventually everything on earth will worship Christ. Jesus, who incarnated as the most helpless creature on earth, will return to make all other creatures helpless. Every creature in heaven and on earth and under the earth and in the sea will cry out “To him who sits on the throne and to the Lamb be blessing and honor and glory and might forever and ever!”

The answer is not a king who demands your life. It’s a king who gave you his life. The one we worship is a slaughtered Lamb.

In this advent may we ask and answer this question each day – Is he worthy? He is.