Matthew 2:1-12. Now after Jesus was born in Bethlehem of Judea in the days of Herod the king, behold, wise men from the east came to Jerusalem, 2 saying, “Where is he who has been born king of the Jews? For we saw his star when it rose and have come to worship him.” 3 When Herod the king heard this, he was troubled, and all Jerusalem with him; 4 and assembling all the chief priests and scribes of the people, he inquired of them where the Christ was to be born. 5 They told him, “In Bethlehem of Judea, for so it is written by the prophet:

6 “‘And you, O Bethlehem, in the land of Judah,
are by no means least among the rulers of Judah;
for from you shall come a ruler
who will shepherd my people Israel.’”

7 Then Herod summoned the wise men secretly and ascertained from them what time the star had appeared. 8 And he sent them to Bethlehem, saying, “Go and search diligently for the child, and when you have found him, bring me word, that I too may come and worship him.” 9 After listening to the king, they went on their way. And behold, the star that they had seen when it rose went before them until it came to rest over the place where the child was. 10 When they saw the star, they rejoiced exceedingly with great joy. 11 And going into the house, they saw the child with Mary his mother, and they fell down and worshiped him. Then, opening their treasures, they offered him gifts, gold and frankincense and myrrh. 12 And being warned in a dream not to return to Herod, they departed to their own country by another way.

Advents are all about worshiping the God who would arrive where we are. The God of the universe who deserves our praise and adoration has come to us. That is the story of the wise men (magi). The seers of Persia who followed the star so as to worship the newborn king – And going into the house, they saw the child with Mary his mother, and they fell down and worshiped him. .

By now you’re thinking, “Wait, where’s the angel? There’s no angel in this story. Isn’t there supposed to be an angel? Angelic Advent, right?”

So this might be a stretch for many of you, but there are some scholars who would see the star that guided the wise men as an angel. And it may not be that big of a leap.

Consider that in Job the angels are called “morning stars.” In Isaiah, Satan is called the “star of the morning.” In Genesis (and many other places), the sun, moon, and stars are referred to as the “heavenly hosts” just like the angels. In Judges, Deborah sings of the stars battling each other. In Revelation 12, the Great Dragon sweeps a third of the stars (angels) out of heaven after a war with Michael the archangel. In Psalm 148, sun and stars are paralleled with angels and hosts, all of which praise God. And on and on we could go.

Also consider the nature of the star in Matthew 2. A star that comes and goes, rises and sets, and moves from place to place? No wonder theologians and astronomers have been baffled about this astronomical phenomenon for 2000 years.

Is the star an angel? Who knows? And we can have some fun pondering it this Christmas morning. But way more important for us on this special day is to think about what the advent of the star means. What it points to. Or better yet WHO it points to. And what will be our response?

The whole magi story is mysterious. Beyond identifying the star, we are left wondering who are these magi? How many were there? Where exactly did they come from? How did they know about the birth of a king in Judea? Why would they travel so far? Frankincense and myrrh? 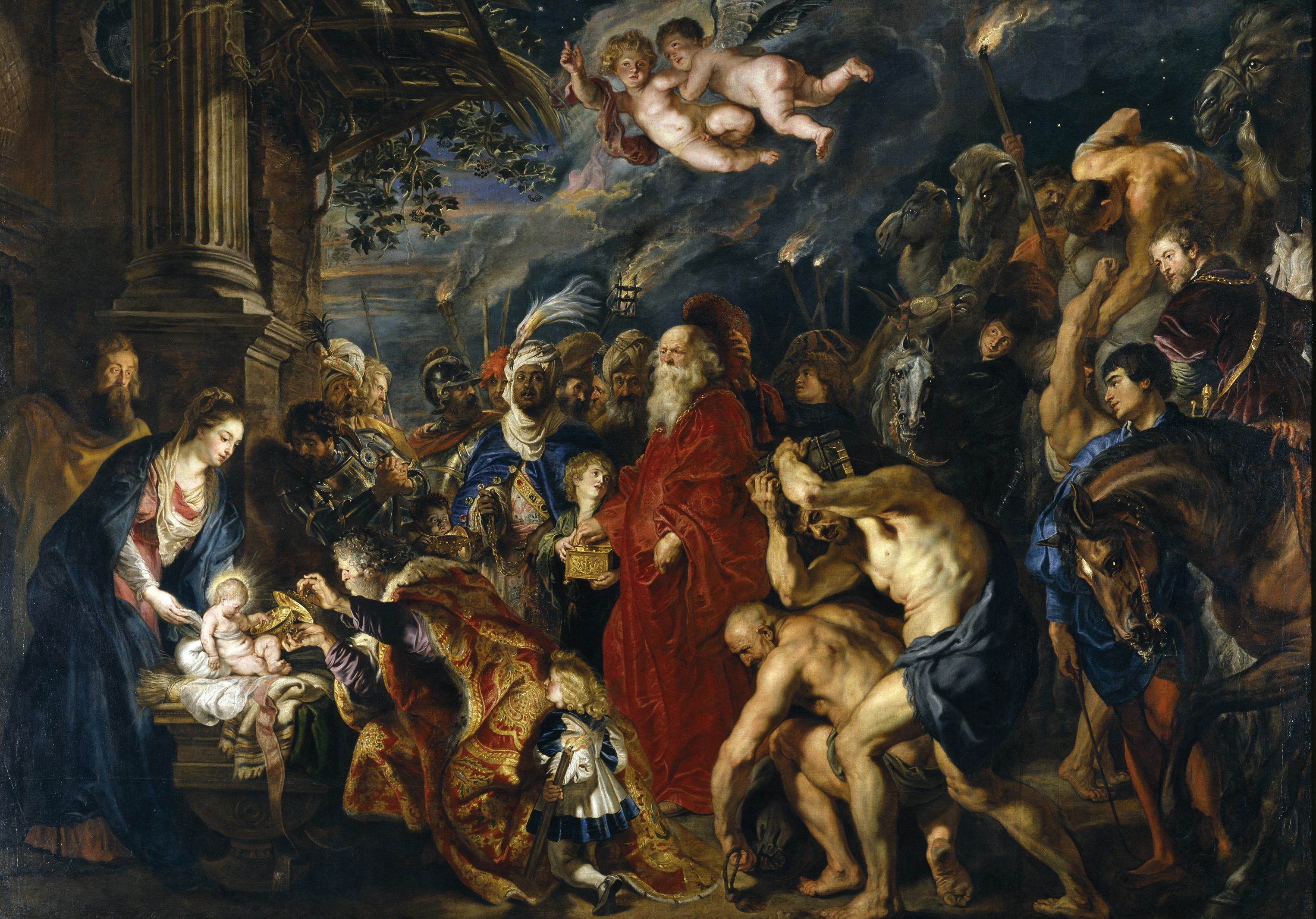 But there is one part of this story that we are not left wondering about at all. Their motivation – we saw his star when it rose and have come to worship him.

The magi have been waiting for generations for the advent of this king. They had to know the prophecy of the magi Balaam concerning a “star out of Judah” (Numbers 24:17). They must have read the prophecies of the greatest of all magi, Daniel, the captive Jew who foretold the advent of a divine king. And after years of waiting, the magi knew their only response in this moment was to fall down and worship this king.

And that is our only proper response on this Christmas day as well. To fall down and worship. To worship the one who would be born to die that we might live. To worship the king of all creation who became the creature for you and for me.

But watch out. There’s an enemy plotting against you today. Christmas day can easily turn into a Herodian trap. On the day when we are to worship our Savior King, other kings will seek to dethrone him. Whether today is a day of great family fun and excess, or a day of much sorrow or even regret, there is no day meant to distract us from our true purpose more than this day. Whether it’s the gifts, the parties, the gatherings, the feasting, the travel… or if it’s the sadness, the loneliness, the disappointment… any and all of these can steal worship away from the God who alone deserves it.

You don’t need a star or an angel (or whatever it was) to guide you today. You have something, someone, much better. You have the indwelling life of Christ guiding your heart. The Spirit of God has risen in you. Follow him through the life and death of Jesus. Follow him to a place of worship. And may we all find our exceeding great joy there at his feet.

What other “king” might distract you today from worshiping Christ? How can you plan to worship King Jesus today? Is today frankincense (joy) for you? Is it myrrh (sadness)? How can the life and death of Jesus guide your worship today?