Ezekiel 1:1;4-14. In the thirtieth year, in the fourth month, on the fifth day of the month, as I was among the exiles by the Chebar canal, the heavens were opened, and I saw visions of God…
4 As I looked, behold, a stormy wind came out of the north, and a great cloud, with brightness around it, and fire flashing forth continually, and in the midst of the fire, as it were gleaming metal. 5 And from the midst of it came the likeness of four living creatures. And this was their appearance: they had a human likeness, 6 but each had four faces, and each of them had four wings. 7 Their legs were straight, and the soles of their feet were like the sole of a calf’s foot. And they sparkled like burnished bronze. 8 Under their wings on their four sides they had human hands. And the four had their faces and their wings thus: 9 their wings touched one another. Each one of them went straight forward, without turning as they went. 10 As for the likeness of their faces, each had a human face. The four had the face of a lion on the right side, the four had the face of an ox on the left side, and the four had the face of an eagle. 11 Such were their faces. And their wings were spread out above. Each creature had two wings, each of which touched the wing of another, while two covered their bodies. 12 And each went straight forward. Wherever the spirit would go, they went, without turning as they went. 13 As for the likeness of the living creatures, their appearance was like burning coals of fire, like the appearance of torches moving to and fro among the living creatures. And the fire was bright, and out of the fire went forth lightning. 14 And the living creatures darted to and fro, like the appearance of a flash of lightning.

Ezekiel’s visions of God include this detailed description of the living creatures that indwell the great cloud of God’s glory. Later, in chapter 10, Ezekiel will call them cherubim. The guardians of the galaxy. The protectors of the holiness of God. Fire dwellers. Sword wavers of Eden. Attendants of the mercy seat. Woven into the temple veil. And encircling God’s throne.

Psalm 99:1. The LORD reigns, let the nations tremble; he sits enthroned between the cherubim, let the earth shake.

The cherubim are mysterious to be sure. Part angel, part animal, part human, their exact nature is perplexing. But they also reveal to us the mysteries of God’s salvation through the incarnation – the advent of Christ. The cherubim display the nature of both God and man. The Creator and the creature. A vision of the cherubim is a vision of God’s character, but also a vision of man’s destiny. 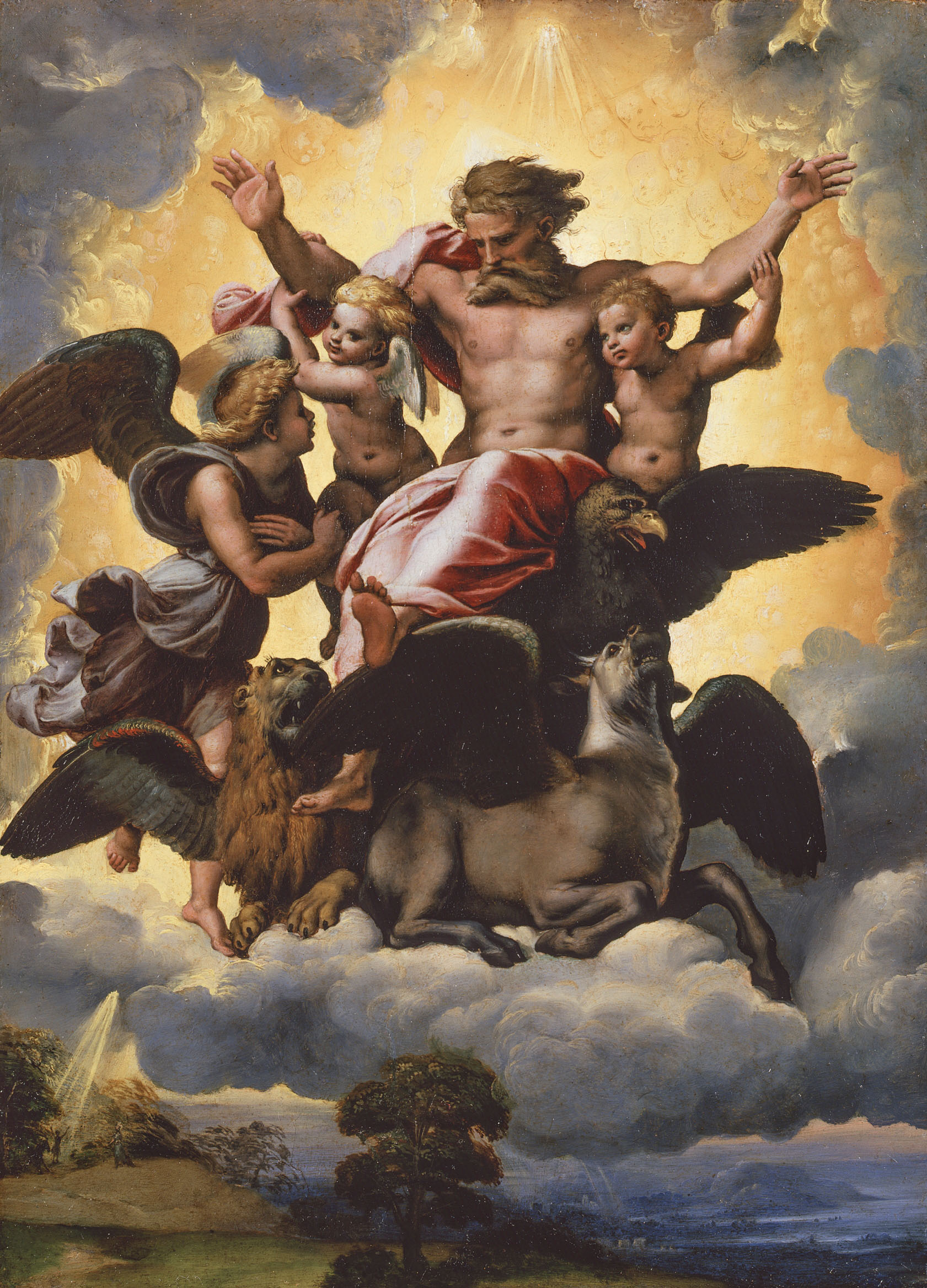 To see the cherubim is to see an image of God. The God who rules over all the living creatures – the lion, the ox, the eagle, the man. The God who is a consuming fire. The God in whom there is no turning. The God who dwells in the cloud of smoke, fire, and lightning. The Spirit whom the cherubim follow wherever he goes.

And to see the cherubim is to see an image of man – they had a human likeness. Four faces, but the face of the man forward, ruling over the rest of the created order. Human hands to do the serving work of man from God given rule and dominion.

This is advent. The arrival of Christ as the arrival of man’s destiny. The death and resurrection of Christ as the restoration of our purpose. Our union with Christ as the fulfillment of our life as image bearers. The telos of mankind that the cherubim reveals – we are meant to be the servant/guardian/kings of this world. Lions. Oxen. Eagles. Human. Joining the living creatures in their eternal worship our life giving Savior, Jesus.

“Holy, holy, holy, is the Lord God almighty, who was and is and is to come!”

How aware are you of your purpose in Christ? How does your union with Christ inspire you to live as king? Servant? Guardian? What is one practical way you can live out this destiny today?