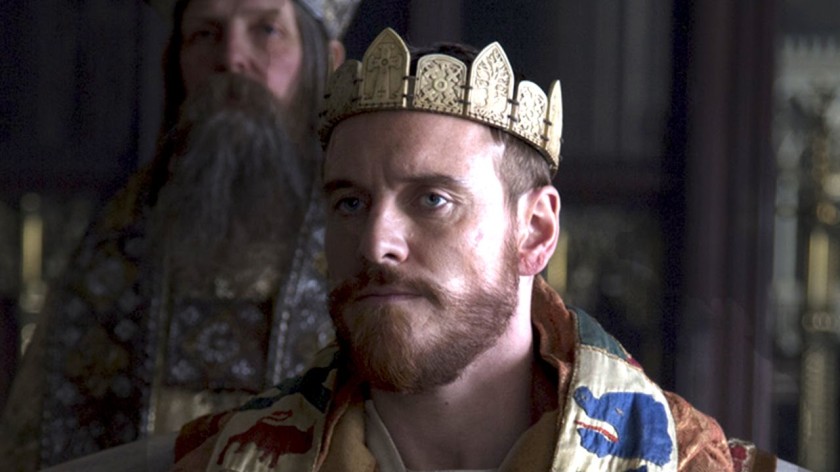 Ephesians 1:3-21. 3 Blessed be the God and Father of our Lord Jesus Christ, who has blessed us in Christ with every spiritual blessing in the heavenly places… that you may know… what is the immeasurable greatness of his power toward us who believe… that he worked in Christ when he raised him from the dead and seated him at his right hand in the heavenly places, 21 far above all rule and authority and power and dominion, and above every name that is named, not only in this age but also in the one to come.

In this spectacular “Jesus creed” at the end of Ephesians 1 Paul is bursting at the seams expressing the greatness of our Lord. Jesus is our blessing. And for good reason. He is the resurrected one. The glorified one. The ruling one. The head of the Church. And the fullness of all things.

Jesus is the ruling Lord of all. Look at 1:21 above. Paul piles it on thick here. There is no corner of the universe left unturned. Jesus is above everything. Forever. Full stop.

I want to emphasize here again what we said about Christ’s glorification. Reading Ephesians 1:21 sounds like a description of God – so no surprises there. But we are talking about the man Jesus here. Yes, he’s God. But he’s also human. Wait. What? A human has authority over all of the cosmic powers of the universe?

This reality is enormous for us as mankind. Christ’s union to humanity and humanity’s union to Christ make it possible for us to rule and reign above all the cosmic rulers, authorities, powers, and dominions.

But this has always been our destiny. Humanity is the climax of God’s creation and the vehicle of his own rule and reign on earth. We were made to be co-rulers with Christ since day one. Of course we blew it on day two (or whenever it happened) and we’ve been dominated by the rulers, authorities, powers and dominions ever since, instead of the other way around.

That is until Jesus came. Jesus defeated all of the cosmic powers and openly shamed them when he died on the cross and then rose from the dead.

Colossians 3:13-15. 13 And you… God made alive together with him, having forgiven us all our trespasses, 14 by canceling the record of debt that stood against us with its legal demands. This he set aside, nailing it to the cross. 15 He disarmed the rulers and authorities and put them to open shame, by triumphing over them in him.

At the cross Jesus disarmed the rulers and authorities. They have been effectively defeated, even though they are not yet fully defeated. Soon all of Christ’s enemies will be under his feet, his footstool, but not yet (Psalm 110:1). Skirmishes still occur in the great battle for humanity. Resistance by the cosmic forces. A last desperate attempt to destroy Christ’s Kingdom. But it will fail. It already has. It failed as soon as God decided to take on flesh. It failed when he incarnated. It failed when he died. It really failed when he rose. And it will ultimately fail when he returns.

OK but what are these rulers and authorities, powers and dominions? What are we actually talking about here? Well you’re in the right book of the Bible. Paul talks about these powers all throughout Ephesians. In a nutshell, these powers live in the heavenly realm, are subject to Jesus, influence the course of the world, are baffled by the gospel, and seek to destroy the sons and daughters of God (Gloria Furman. Alive in Him). It can all sound overwhelming and scary except that we are blessed by Christ’s rule over all of these powers.

There are some very different opinions on what or who exactly these powers are. Are they simply human rulers or governments? Probably not. The language Paul uses seems to go way beyond a mere human. Are they conceptual powers or “systems” such as greed, materialism, sexual sin, racism, pride? A strong argument can be made connecting the powers to these big ideas for sure.

What power controls Macbeth? I think we all know the answer to that?

If this all sounds very ominous it’s because it is. But we would be wise to see that the powers that are against us are primarily manifest in the worldly systems around us but they are not IN us. The rebellious powers have produced within this world a system of power. A system that seeks to gain power through force, through oppression, through greed and control. These are the powers and the false power that your union with Christ has not only freed you from but given you authority and dominion over.

Too many Christians fail to strike the right balance when it comes to the powers that seek to enslave us. Many western Christians ignore the idea of evil powers all together. They have no idea that a battle rages around them. Obliviously they succumb to the world’s thinking plodding through life unaware that they are living as slaves to this world’s system.

Other Christians place way too much emphasis on spiritual powers and turn everything into a demonic attack. Every dream. Every illness. Every temptation. They fail to see the powers as something outside of us, a system that needs to be opposed and stood up to with the armor of God (6:10f). They fail to see that scripture rarely mentions these spiritual powers and is way more concerned with your own personal mindset (the Flesh).

The great blessing for us who are in Christ is that we are free from the slavery of these powers and to the power that they have been selling since the Garden. In Christ we know that true power comes from weakness. From sacrifice. From grace. We live in an upside down kingdom where losing is winning and giving is gaining. Death is life and dying is living. The great spiritual forces of the cosmos are pathetic compared to the power of Christ’s life in us. We don’t ignore them. But we also don’t fear them. They are raging within this world, but we stand immovable with the spiritual blessings of God in the heavenly places ready to oppose the selfish mindsets that they promote.

“To live is Christ” has placed us high above these spiritual powers while at the same time smack dab in the middle of a world plagued by these same powers. Where does that leave us? It leaves us with great courage to face the conquered powers that would seek to destroy those around us. It leaves us walking in justice and mercy as Christ lives through us as the Ruler over all rulers, authorities, powers, and dominions. It leaves us going into all the world with the authority of Christ ready to live and love and change the world. 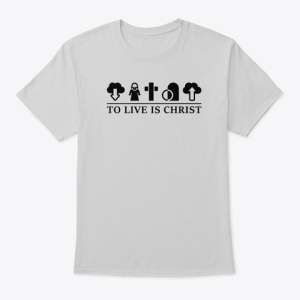