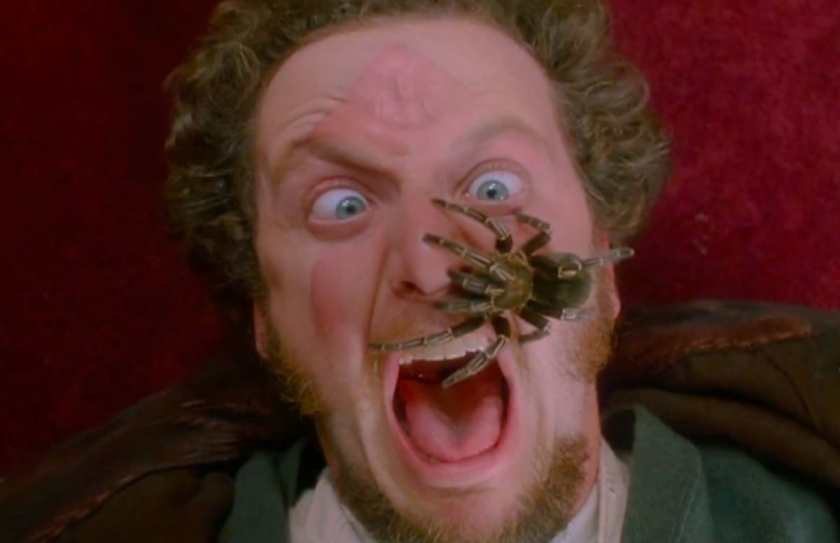 Exodus 3:6. Moses hid his face, for he was afraid to look at God.

Exodus 20:18-20. Now when all the people saw the thunder and the flashes of lightning and the sound of the trumpet and the mountain smoking, the people were afraid and trembled, and they stood far off 19 and said to Moses, “You speak to us, and we will listen; but do not let God speak to us, lest we die.” 20 Moses said to the people, “Do not fear, for God has come to test you, that the fear of him may be before you, that you may not sin.”21 The people stood far off, while Moses drew near to the thick darkness where God was.

Have you ever been terrified? I have felt the extreme terror that comes with a full blown panic attack. A feeling like you are literally about to die. It’s the worst thing in the world. There have been times when I have felt the terrifying nature of God. Especially in seasons of doubting. What if I’m not really his child? What if he is actually against me? There are still times when these thoughts scare the sanctification out of me.

Waiting for the first Christmas was terrifying for humanity. God didn’t start out coming as a cooing little baby. First it was as fire, and smoke, and lightning, and wind and darkness. It was a real problem.

God had promised in his proto evangelion to send a human hero to crush evil. But whoever this human is won’t he too be full of the very evil he is supposed to crush? Not even Moses, a pretty amazing human, could look at God in his holiness without dying.

Thus is the terror of God – he has to destroy evil for us to live. But that same evil is in each of us. So he must destroy us if he is going to destroy evil. That’s terrifying.

And so in Exodus God tries a social experiment called the Law. Can humanity save themselves? Can they be good enough? Can they develop into a loving and holy civilization that fears God?

Praise God that none of this was actually an experiment. It was the plan all along. The plan to reveal our need and God’s heart. His desire to live with us and our need to be made new will collide in the incarnation. In his apocalypse, God will become flesh and dwell among us. And then by the Spirit, God will live within us. This is “to live is Christ.” And this is the end of the terror of God.

But if you are in Christ, then you have looked upon God in the face of Christ and lived. The God that was veiled in smoke and fire and bushes was veiled in a baby, in a man, in a cross, and now, in you and me. No more terror. Only life.

How does union with Christ remove the terror of God from our lives? Why are we able to look at God now and live instead of die?

Cast out our fears and enter in, be born in us today.